...on occasion I buy books.

May 09, 2008
I see that April 2nd marked the last time that THD filed a report on our purchasing habits. The Editorial staff was just remarking how they did not seem to miss this staple of the blog. Let's be honest I am only too aware of how boring or perhaps tedious it is to read what some other person has bought. Yet this information was included for content sake of the blog. THD does not read fast enough to include frequent reviews and salient Crime fiction news is covered ably by my brethren to the extent that including it in my blog has all to often seemed like stealing. My fall back position on this topic has been that I am bringing authors you may have not heard of to the fore. So lets 'git' to it. 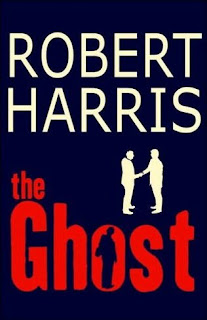 The Ghost - Robert Harris
I have only read one of this author's previous books. It was Archangel. I was in Norway, about 45 miles or kilometers from the Polar Circle. Yeah, this was a weird time in my life. Minus his ancient Roman books he is an author I always wanted make a consistent read. Saw the HBO version of Fatherland and I have a soft spot for the film Enigma..... which reminds me that I have read that book too. Norway really did put the zap on my brain. Anyway, I picked this book up because of the thinly veiled Tony Blair connection.

Child 44 - Tom Rob Smith
This was on my Spring Preview list so this is not a surprise purchase. Gonna read this soon. Maybe next. Or not. Reading and Summer do not really work so well. I generally carry-on a bizarre love-hate relationship with my lawn in the summer months. This is the best reviewed book of the year so far, I think. I have yet to read the NY Times review, but I am including it here because when Maslin reviewed movies I tended to enjoy them.

Little Faith - Michael Simon
Just got this author's second a little while ago. Happy to have the third. THD has gone on record saying that we loved his first, Dirty Sally. More problematic is that Body Scissors has been next on my to be read pile for a bout three book. Oops!

TheTin Roof Blow Down - Close Case - Burke, et al.
On a list of authors THD needs to read is Alafair Burke. THD owns her first three books, but new purchases and general laziness have kept THD from cracking one of them open. I'll need to remedy that very soon. As for Papa Burke, I am sure others can prove me wrong but The Tin Roof Blow Down was probably the best reviewed book of the last year. Why did I wait so long to get this book?

So what has THD learned, other than the fact that UK author's are not interested in an easily found web address? We learned that...... hmmmmmmmm.....